The mission here was to create an artefact that could mediate playfulness to an adult audience.

Play is children’s way of exploring and interacting with the world, it is how children learn and develops their physical and cognitive skills and coordination. For children play happens naturally but grown ups has to maintain and nurture it in order to keep it.
ideation
In order to mediate playfulness for adults, the goal was set into find a way to give a big enough push to get the squarish grown up mind back into a playful state. The challenge would be to get adults into playing mode and regain access to their lost imaginative world themselves.
The idea of playfulness was explored through sketches in a highly explorative way. The goal wasn’t necessary to find examples of the artefact, but to really explore the expression from as many views and angles as possible.

Concept development
In order to raise the acceptance of the slide, the visual appearance should not be the typically colourful rounded shapes found at playgrounds or water parks. If it gets too childish, there is a risk that it gets avoided.
Instead, it is thought to be a transition. From the beginning, the slide resembles a regular staircase, but when going down at the slide, a transition is made where the expression changes into a more colourful pattern. This isn’t depicted in the provided images.
The size and proportions of the slide also goes through a transition, the upper rail successfully rises as one walks up. The stair also becomes wider and the steps longer and wider. The idea of this is to create the feeling of getting smaller on the way up the stairs. Back to the physical proportions from the childhood. 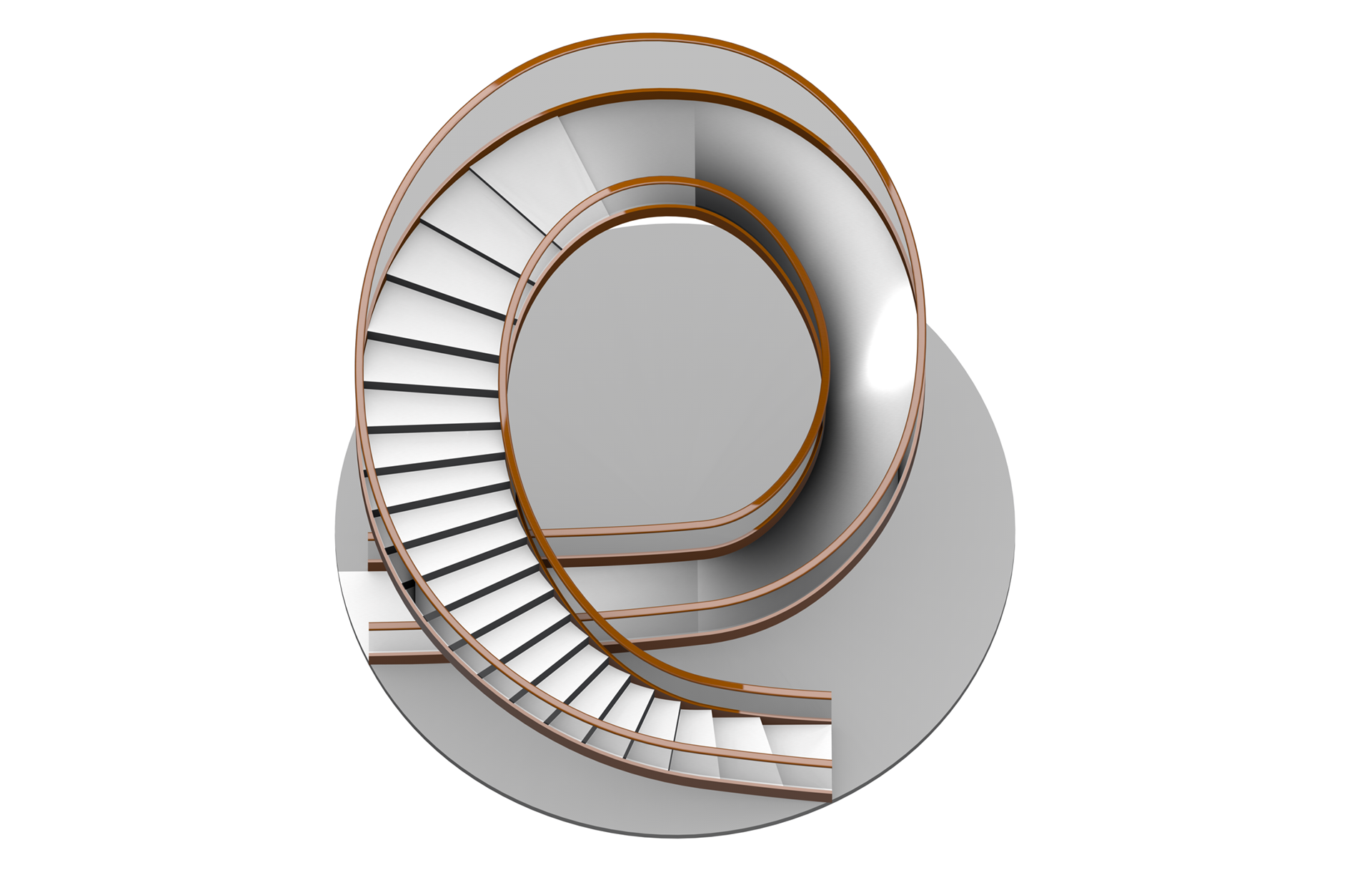 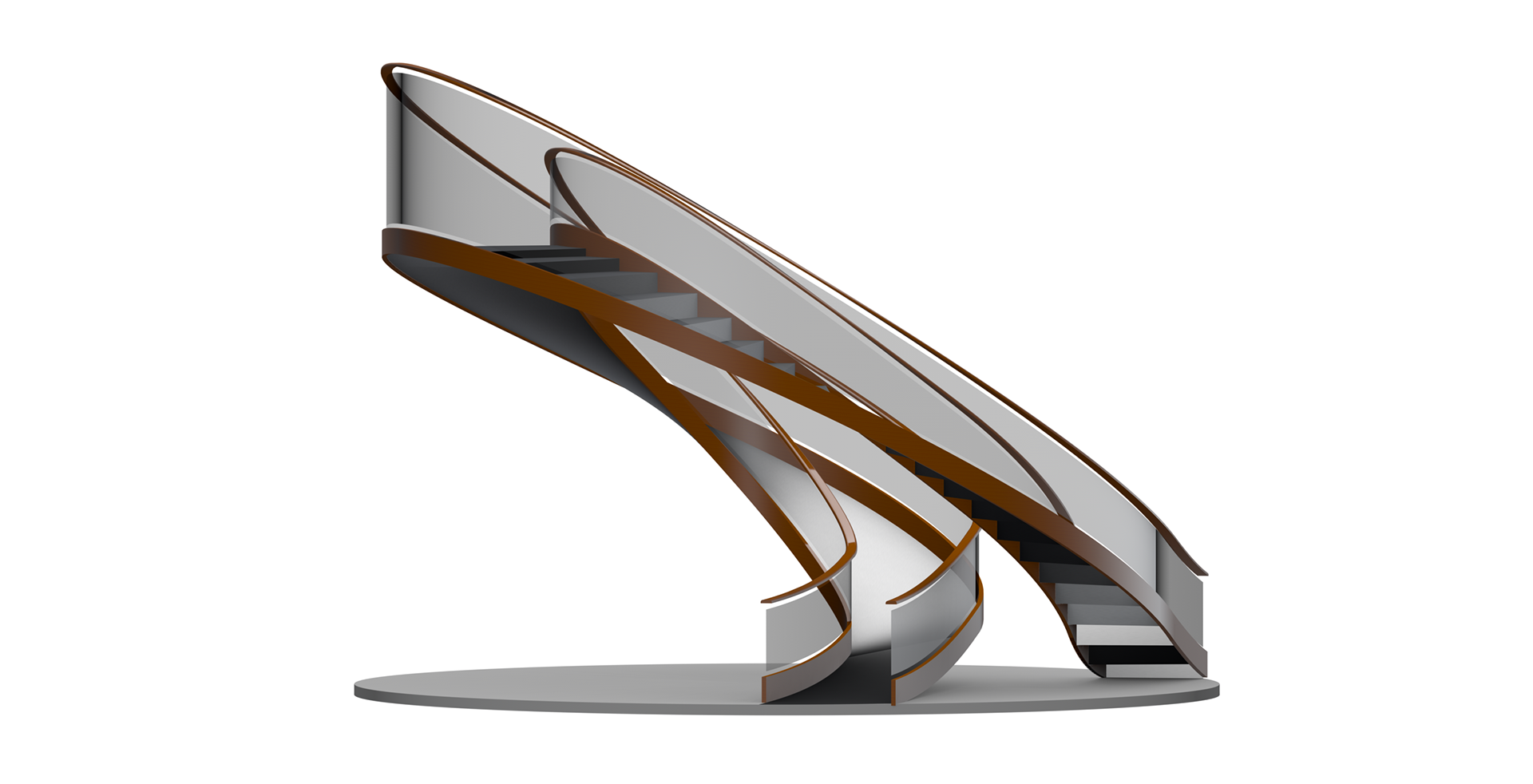 The shape of it is like a knot, resembling a pulsating motion when seen from the side. The swoosh-like shape is supposed to make it look fast, new and innovative.

When on the top, the thrilling feeling will likely appear, and while going down, the adrenaline rises and a little bit of the childhood sensation of mastering a giant slide is brought back.

..or thats the thought at least.
↑Back to Top